What do you think?

Do you need a diploma to get work?

I mean what are the + to have a diploma?
Do you need it if you wanna work in a foreign country?
Do people look at diploma's?

And a study offcourse 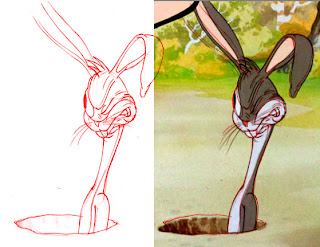 Hey Mitch..Thanks again for the help. Nice study by the way.

A diploma now a days is almost a necessity. Im not saying that its impossible to get a job without one but some employers dont even consider you without a degree. I dont know what its like in other countries but it really helps in the U.S.

When you fill out an application for a job, you will put the college you attended and if you recieved a degree or not. They dont necessarily look at a physical copy of the diploma, but they could call the school to verify that you did in fact receive the diploma.

I worked in advertising for many years in NYC before delving into illustration full-time. Nobody in that field, and I mean NOBODY ever cared that I dropped out of art school. In fact I've never even had to show a resume for a job. It was all about the portfolio. The one job I didn't land because of no diploma was a teaching gig. That also totally depends on the institution. At School of Visual Arts I had several great teachers who've only worked in their field their whole life with no formal training or higher education.

Overall I'd say college is a waste of time and money if you're willing to bust your ass and train yourself. Getting good jobs is more about networking than anything else in my experience. People expect you to have the skills, talent and portfolio. If you meet the right person at the right time, you're in.

Personally, I can't imagine working full time for a big company ever again. Those environments are about mediocrity, not excellence or originality. I suppose if you're fine with doing crap most of your life and care more about a steady paycheck you could go to art school and then work for the man.

Strange that they only look at the ones with diplomas... I am curious wich company's does that. But I don't think I wanna work for them.

@ Brian:
"The one job I didn't land because of no diploma was a teaching gig"
that's sucks....

"Overall I'd say college is a waste of time and money if you're willing to bust your ass and train yourself."
Yeah, that's the thing I'm thinking myself as well. At the moment I don't have the time to draw as many as I would like to do and that's all because of school won't let me do the things I wanna do.
But my current school (multi media, building websites and stuff) is a piece of cake (it takes only alot of time) and with a bit luck I will get that diploma in 6 or 8 months. So I think that would be too stupid to dump, when I am this close and can do some things besides school.

But I think I made my mind clear, no art school for sure.

Thanks for the anwser both, I really appriciate it.

Yeah, dropping out with only a few months to go is probably not a good idea.

I was offered a job at small design shop with a good salary the summer between my junior and senior year. I saw no reason to finish school when I had a great opportunity to start working in the field. I learned more my first year out in the workforce than three years of college.

Ive talked to a few folks that graduated from my school that are working in the industry. Some are in charge of hiring. One guy said that they recieve tons of resumes and they have to go through them all, so in order to speed up the process they just keep the ones with expierience or college degree and the rest just gets thrown away.

The most important thing is networking to find a job. I think the majority of jobs are filled through networking rather than employers advertising an available job.

Since youre so young, A good source of Networking would be at the school youre attending. The teachers there Im assuming have worked in the industry and theres probably a career services office that has connections. Also, one of your peers might get a job in the industry, opening an opportunity for you.

I guess it all comes down to what job your applying to. No you dont necessarily need a degree in some fields, but it might be good for backup.

Im working in the industrial design field right now working with 3d software. Im also in school and have the opportunity to go full time when I want. I just want to finish up school though, in case something would happen, like i dont like it, downsizing, fired, etc..
Maybe its a waste of time and money and the fact is, expirience and a good portfolio will trunmp a degree any day in a creative industry. The hard part is getting your foot in somewhere. Thats where a degree might help you.

Good points, thanks for sharing.

I'm going to think about it and deside furter on what I will do. To think about it, I don't have to make a decision so soon. You never know what will happen.

Mitch we are in an identical situation.I feel like I am not learning anything in College. I don't give a crap about it anymore.

"I feel like I am not learning anything in College. I don't give a crap about it anymore."

Life is hard... You really wanna do something and you'r beeing pushed back by something that supposed to help you.

"Life is hard... You really wanna do something and you'r beeing pushed back by something that supposed to help you."

My sentiments exactly. I mean they have some art courses in my school but not a single course teaches about construction or animation. The only reason I am were I am today is because my own determination and John K.'s blog.

Hi Mitch,
a degree or diploma is not neccesary in the industry.
good work and experience is!

on the other hand, experience can be build up during a study, with interships (:read unpaid employment).

also you probably build up a network while studing, with teachers and friends and on your interships , which is important for future careers.

I found myself very happy when I started artschool , I had a good group of friends among me who where intersted in the same things, was able to make animations and experiment for 4 years.
did some great internships.
completed a good looking film etc

and also got a good job out of the internship , working an a cool tv series.
Now, started my own studio with an old classmate from artschool.

so what I can say, is that not the diploma, but the experience that I've from getting that diploma matters.

hope this helped you out a little
best
joost

Thanks all, this is really helping me.

I will think it all over :)

You don't need a Diploma.. I dropped out of 2nd Year Sheridan & never looked back. Have been working steadily in the Animation field, ever since.

Employers are only concerned about whether you can draw/animate.. The rest, is just window dressing.

Yes, a Diploma will show an Employer that you have the dedication towards completing something. But in the end, you get Jobs based on your ability. And oftentimes, the ability you showed, in your most recent Job assignments..

It's a small industry, where reputations spread quickly. A solid Portfolio & an envious body of Work, will prove to be much more valuable to you, than some College's stamp of approval.. Which is usually more about protecting their own identity/reputation, than those of the Student Body..

Degrees impress the suits, and the suits have the money. I don't think it's strictly necessary to land the job, but if you want to negotiate higher salery, or get a management job such as director some day, a degree would certainly help.

Thanks, this post really have some interesting comments. I hope this can help allot of people!

Yeah I agree. But isn't this the thing where "creative" people needs to fight against?
That's a sort of jumping trough hoops as well, right?

A degree will help with immigration into most countries. Governments like letting in people who have pieces of paper.

A degree does not guarantee that you'll have the skills needed to be a powerful artist. There's not a school on the face of this earth that can teach you how to be the most powerful artist you can be. If the school is teaching you, then your level only reaches that of the school -- but with yourself, you can push yourself to be better and better. Keep doing this stuff! Keep working hard!

A degree DOES guarantee that you'll leave school with debt, though. haha

See ya around Other Mitch!

buy my books on gumroad